Commuter Trains in the 1890s 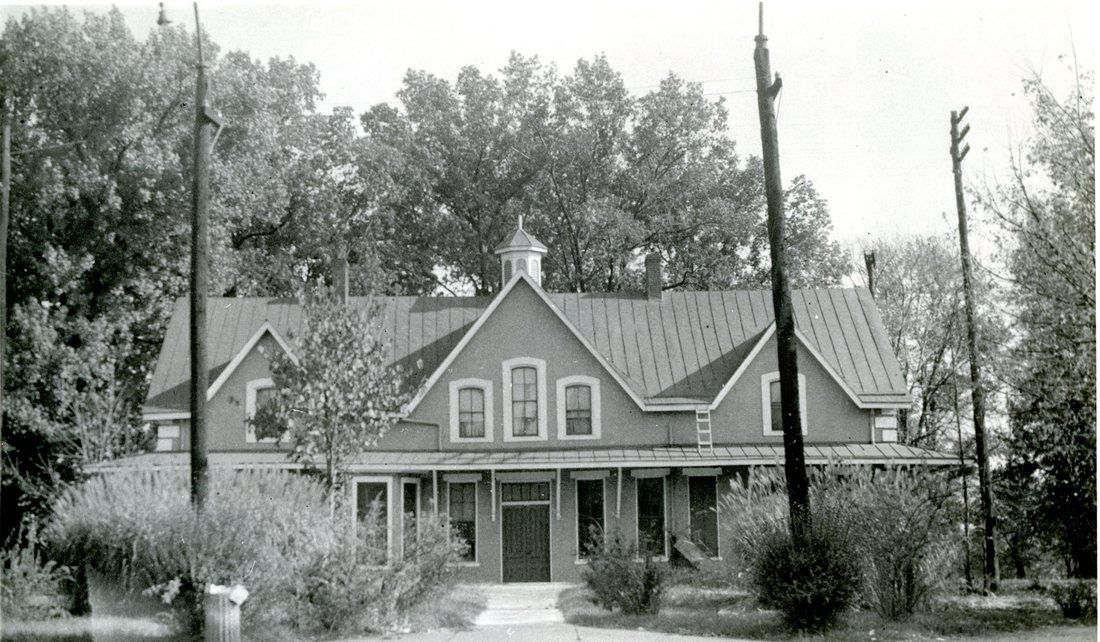 Until the Louisville, Anchorage & Pewee Valley Railway was built in 1902, Peweeans relied on trains to take them back and forth to Louisville.  The railroad service was referred to as the "Accommodation Train," the "Short Line," and the "Commuter Train."

So what was it like, living in the suburbs and riding the train back and forth to work every day, rather than fighting the traffic on the Gene Snyder?

​The clang of this locomotive's bell follows the warning cry, and the train slowly rolls out of the First-street Station. A well-dressed, elderly man, with a basket on his arm, runs down the street, gesticulating wildly. The trainmen evidently see him, for the train is stopped and the man with the basket clambers on.

Such an incident is not likely to happen on any other road leaving Louisville. The Short Line alone encourages local traffic. Yet it loses nothing by this policy.  Between LaGrange and Louisville towns are springing up like magic. From Clifton to the reservoir, on either side of the track, is an unbroken line of handsome residences. Reservoir Park and Warwick Villa are further on. Lyndon is building up fast, and another town is to be laid off at Bashaw's.  Just this side of LaGrange, Beard's (now Crestwood) and Peru are thriving localities. In fact, it is almost impossible to look from the car window anywhere between Louisville and LaGrange without seeing new and elegant residences.

​From the owners of these residences the railroad reaps a harvest of dollars.  Hardly one but is a daily passenger to and from the city. Three morning trains are run to Louisville for their accommodation, and all are well filled. The Company makes a liberal reduction in rates. 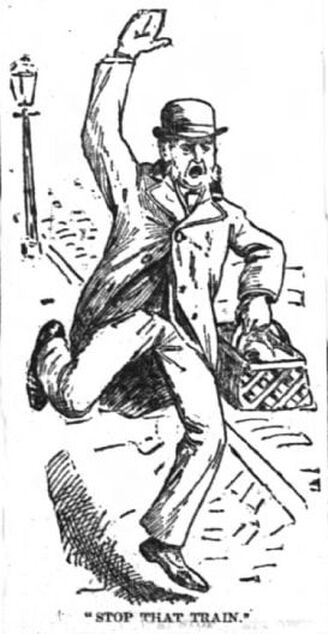 The train which the man with the basket just boarded in such haste continues its journey, stopping every mile, sometimes oftener. It is a fine chance to study the commuters, who are seen at a glance to comprise all classes. Lawyers, merchants, real estate men, stenographers, type-writers, and schoolchildren are all represented.  Everybody seems to know everybody else, and there is a constant and merry chattering. Across the aisle is a group of Louisville's most prominent business men. They are having a jovial time, and at the cry of "Lakeland" the insurance President almost forgets to get off. Across from them is a quartette of the Anchorage Country Club. In the rear of the car two cronies are advising each other to take the Keely cure (editor's note: treatment for alcohol and drug addiction offered by the Keely Institute in Chicago). Both are well known in Louisville, and one has a striking peculiarity that causes much mirth among those who know him. He is never seen in a saloon and his sometimes hilarious condition might remain a mystery were he not occasionally noticed leaving a drug store and wiping his lips in the conventional style.

There are several well-known characters among the passengers and they are sometimes made the subjects of practical jokes. Not long ago a Pewee man had a dog of which he was anxious to be rid. He gave the animal to the baggage-master with instructions to throw him off at some point down the road.  The baggage-master complied; but an acquaintance of the Pewee man, living where the dog was ejected, boxed him up and sent him back to his owner. The Pewee man tried again with the same result. ​ ​Then he lit upon a new plan. He caused the animal to be trimmed and sponged and wrote out a pedigree a yard long. Pedigree and dog he presented with his compliments to a Louisville friend. ​ ​His tormentors, however, traced the    dog up, and though the new owner "catching on" worked them for a respectable sum, they got the dog and again returned him to his anxious master. Then he gave up in despair and has the dog yet. 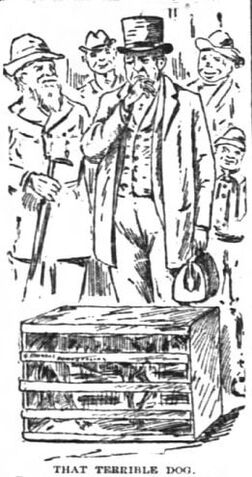 ​About the middle of April the summer boarder makes his appearance. Villa Ridge Inn opens its doors for him, and Kentucky College and Bellwood Seminary (in Anchorage) are turned into hotels for his accommodation. Various families along the road are also anxious to entertain him. By the first of May extra coaches have to be run on some of the trains and sometimes the number of trains is increased. On the morning accommodation from LaGrange, the passengers pour in such streams  that the conductor sometimes has trouble in collecting all the tickets. This train the newsboy regards as the train of trains. He usually boards it sixteen miles from the city, making his way out on an early freight,  and before he reaches Louisville, his stock of papers is almost exhausted. If one has not the change, he can buy one on credit, for the newsboy knows everybody on the road and has standing accounts with half of them. As the season approaches, base-ball clubs are organized at the different towns and villages. When two of these clubs meet the occasion is made a gala day. The business men, staying at either of the towns, catch an early afternoon train from Louisville, and usually taking two or three friends with them, yell themselves hoarse whenever "our boys" make a score.​

The regular passengers are an exclusive set. That they are decidedly jealous of their privileges, real or imaginary, appears from a recent incident. Until recently there was a 4:05 o'clock train from Frankfort and a 5 o'clock train from LaGrange. Both were accommodations, but the company, not justified by the mount of traffic in running both, removed the LaGrange train and ran the Frankfort train at 5 o'clock. The LaGrange train was used almost exclusively by commuters, and the change jumbled them up with the Frankfort people. Of course, there was a vigorous protest, but in this case it did no good.  The commuters, as they entered the crowded train on the afternoon the change took effect, presented a comical appearance. Every one wore an expression of injured pride, and greeting each other dolefully, they gathered in little knots, throughout the cars, and eyeing askance all those not belonging to their privileged body. There is still some grumbling over the change, but most commuters have become reconciled, because the increasing spring traffic will soon cause the putting on of another train anyhow.
Related Links
Pewee Valley Train Depot
The Little Train of Long Ago: Reminiscences of Iris Haskins
Razing the Pewee Valley Depot
Mail by Rail: Mail Crane
Railroad Section House on Mt. Mercy Drive
Interurban