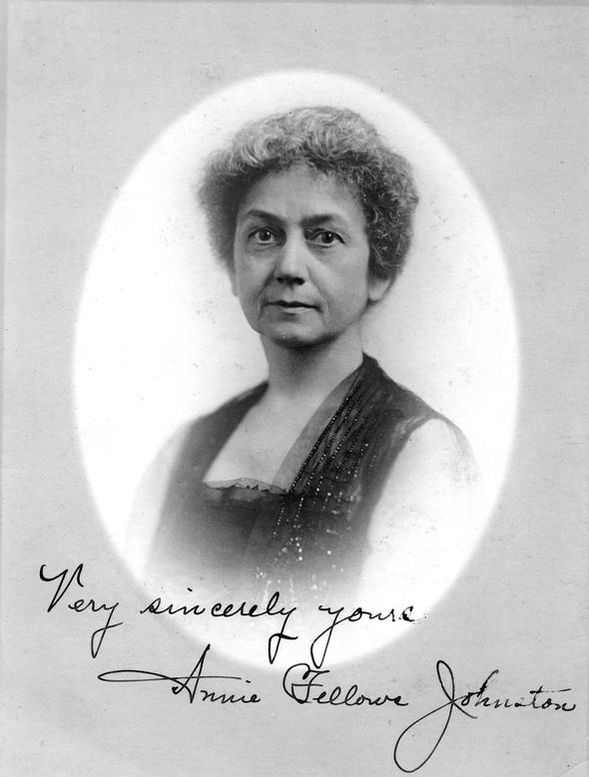 Annie Fellows Johnston sent these autographed portraits to friends and fans. Courtesy of Iva Barbee Marse.
Annie Fellows Johnston (1863-1931) was a celebrated author of children’s fiction from the 1890s until her death in 1931. As an author, she is best known for her “Little Colonel” novels centered around old Kentucky aristocracy, and in particular, one little girl, Lloyd Sherman, who was nicknamed the “Little Colonel.” It was during a visit to her stepchildren’s aunt and uncle at the Burge home in Pewee Valley that Johnston met five-year-old Hattie Cochran and her grandfather, Colonel George Washington Weissinger, the inspirations for the characters Old Colonel Lloyd and Little Colonel Lloyd Sherman in the very first book in the series, "The Little Colonel," published in 1895. Its phenomenal success led to the publication of 11 additional volumes in the “Little Colonel” series, two paper doll books, and a child’s diary during the next 17 years.

Johnston received fan mail from all over the world — letters came from as far away as India and Japan — and children formed “Little Colonel Clubs” across the United States. Four years after her death, “The Little Colonel” movie, starring Shirley Temple in the title role and Lionel Barrymore as the “Old Colonel," premiered in Louisville. Its release spawned ”Little Colonel” dolls, clothing, games, cards, paper dolls, handkerchiefs and other merchandise highly prized by collectors today.
​
Japanese "Little Colonel" Postcard 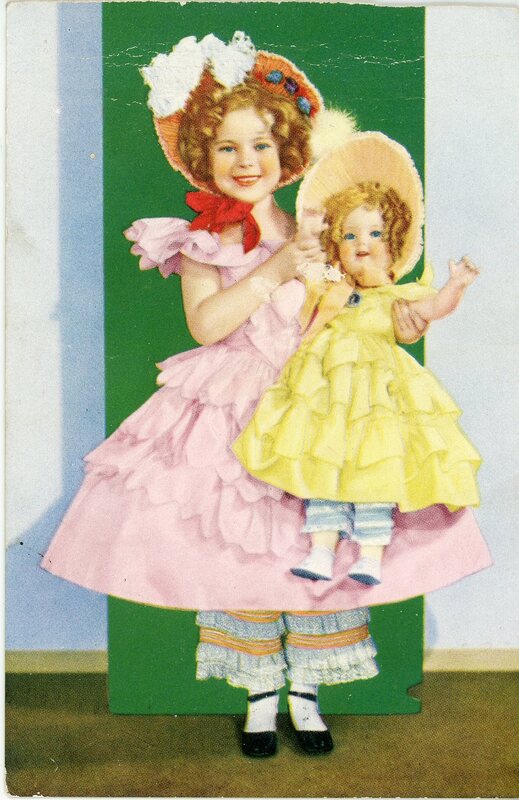 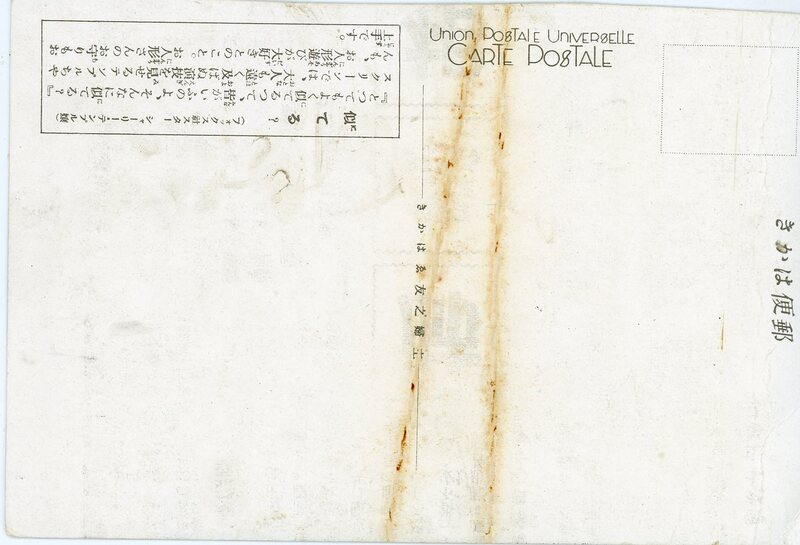 Johnston’s books also brought tourists to Pewee Valley in droves — as many as 98 motor parties in a single day, according to one newspaper account. They came from every state in the nation and from across the globe to meet the author and, after her death, her stepdaughter. They wanted to see for themselves the inspiration for the fictional town of Lloydsborough Valley, where many scenes in the “Little Colonel” tales were set. Like many authors, Johnston drew from her own experiences and based many of the characters, homes, businesses and churches in her novels on real people and places in Pewee Valley. A visitor from England purportedly observed, it was “all just as she described it, you know.”
​ 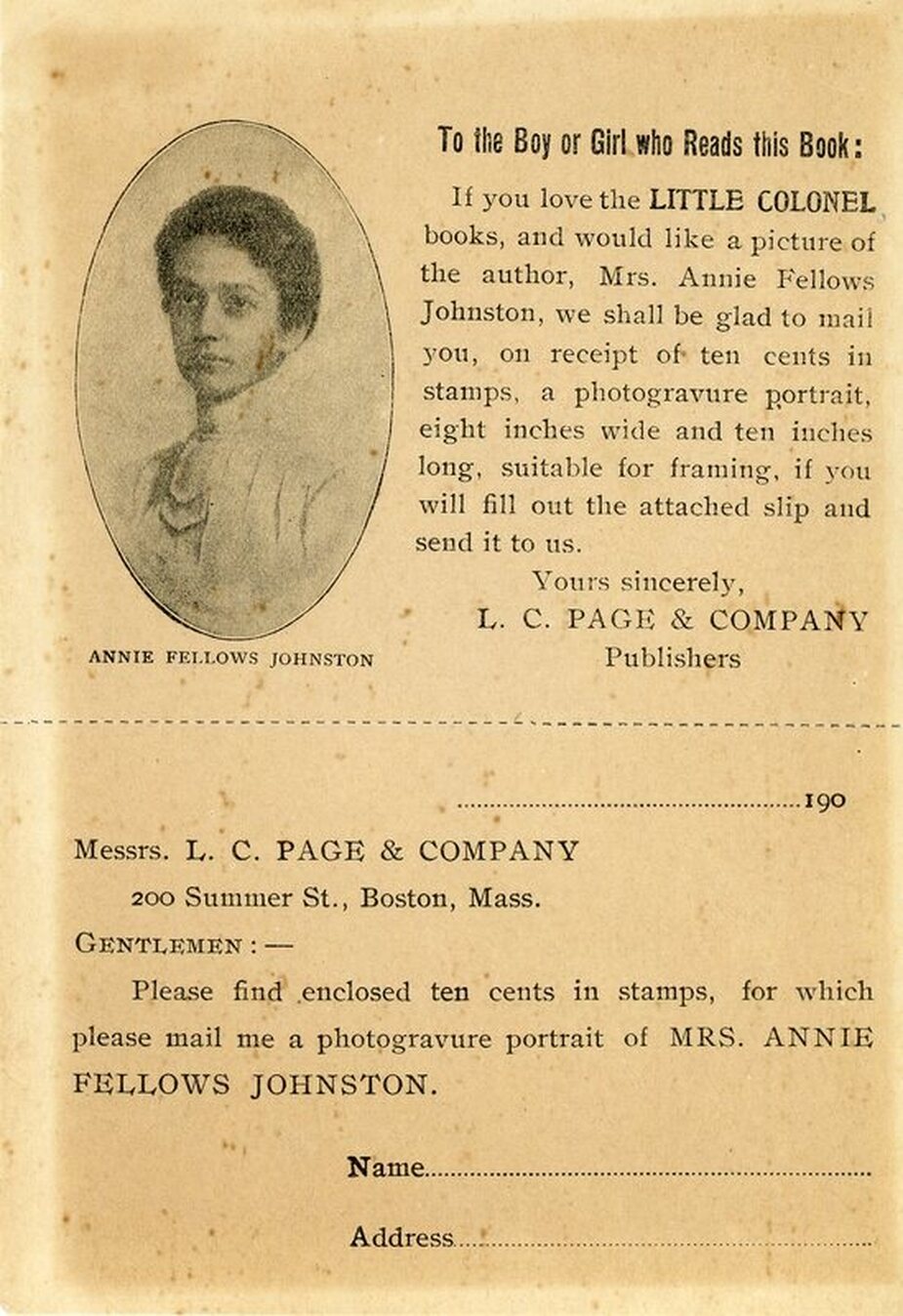 Courtesy of Sue Lynn McDaniel
​Guessing the prototypes for the “Little Colonel” cast of characters became a game for her fans. Johnston revealed some in the forewords to her books and on “Little Colonel” postcards photographed by her friend, photographer Kate Matthews. Newspaper articles and personal correspondence revealed others. Her autobiography — the final book in the series — was in fact written to help answer the many questions the author received regarding who and what was real. The first chapter begins:

A thousand times have I been asked, ‘Is Lloydsborough Valley a real place?’ and this is always my answer: You will find it on the map of Oldham County under the name of Pewee Valley, but you will never find it now along any road whatsoever where you may go on pilgrimage, for the years have stolen its pristine charm and it is no longer a story-book sort of place. But thirty years ago, wandering down its shady avenues was like stepping between the covers of an old romance.
​
Annie Fellows Johnston Through the Years 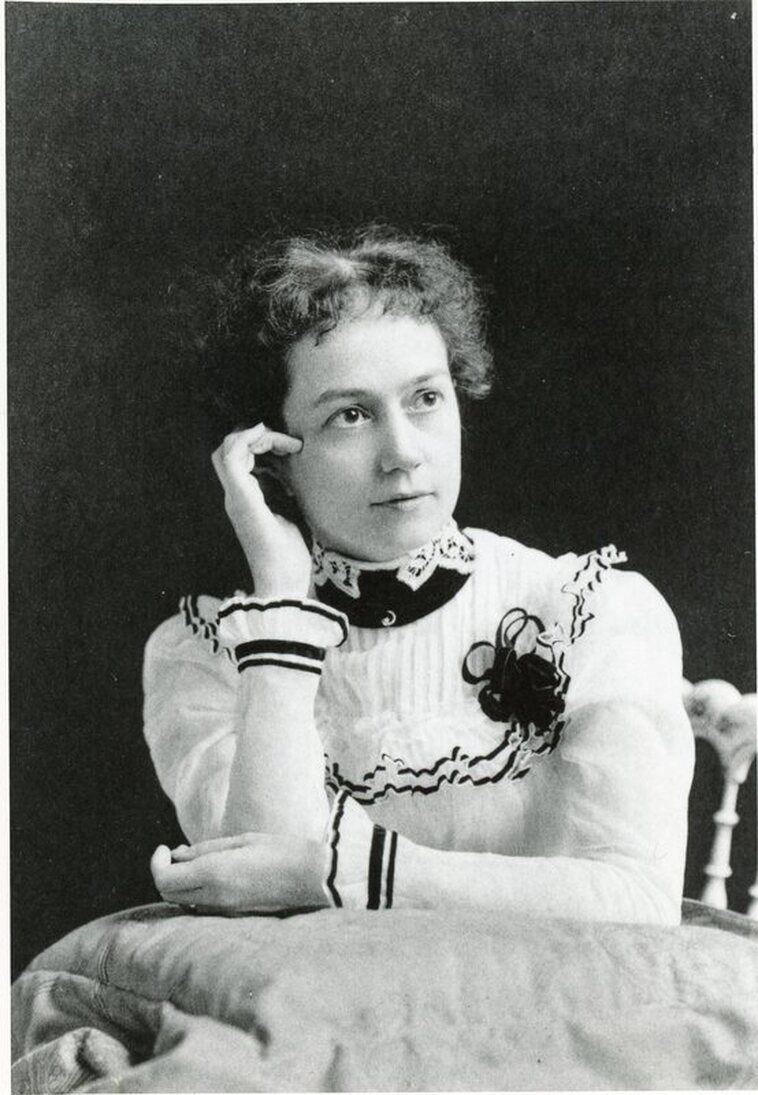 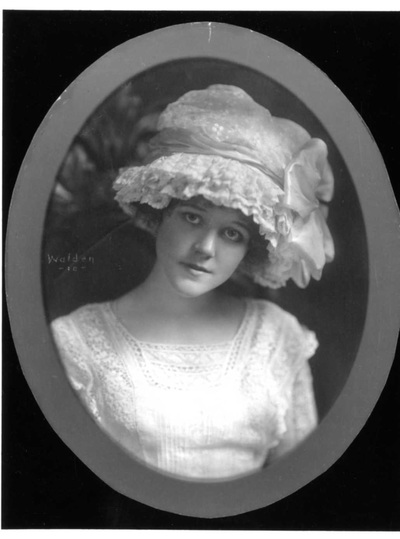 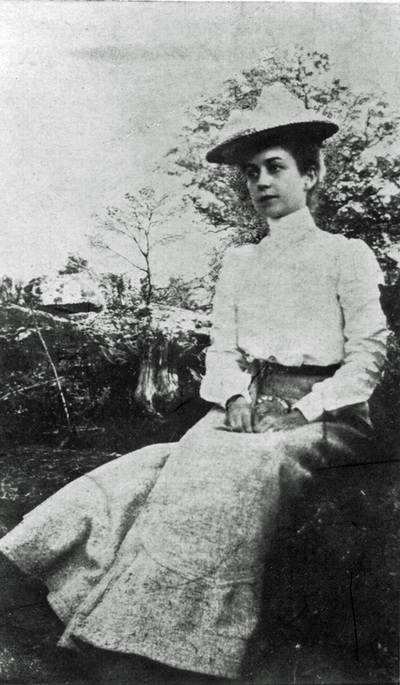 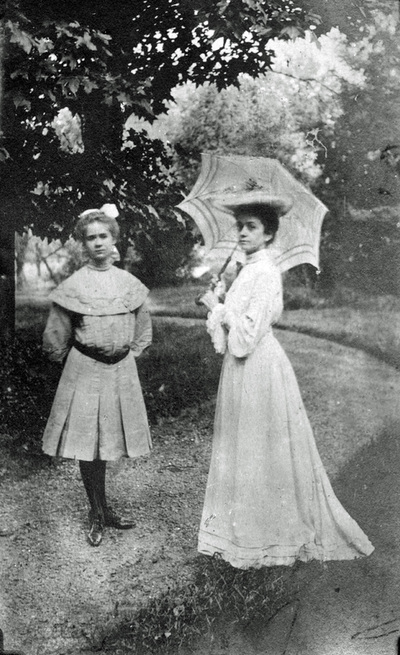 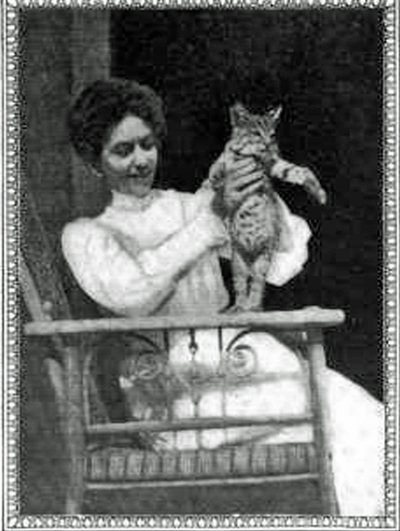 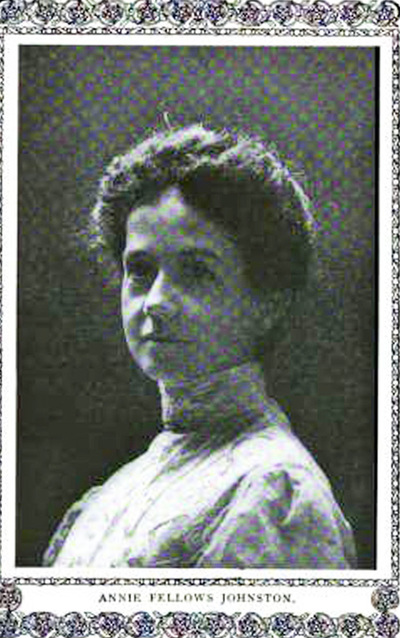 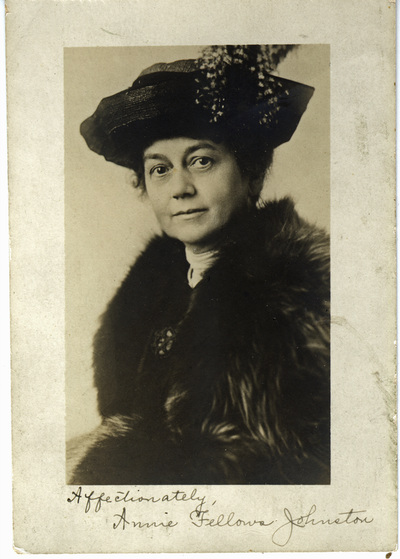 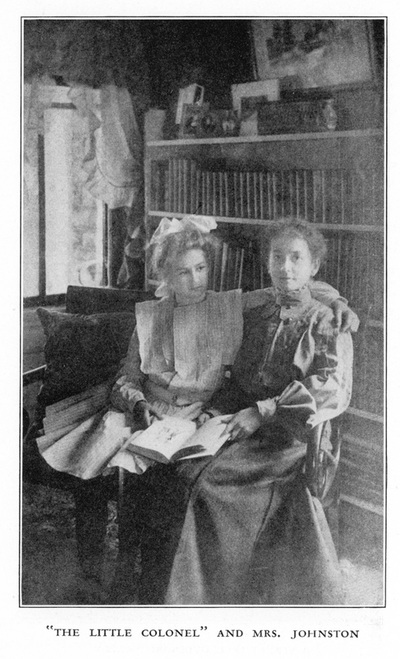 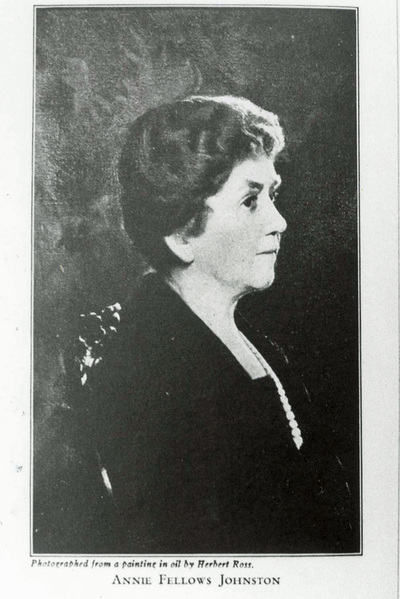 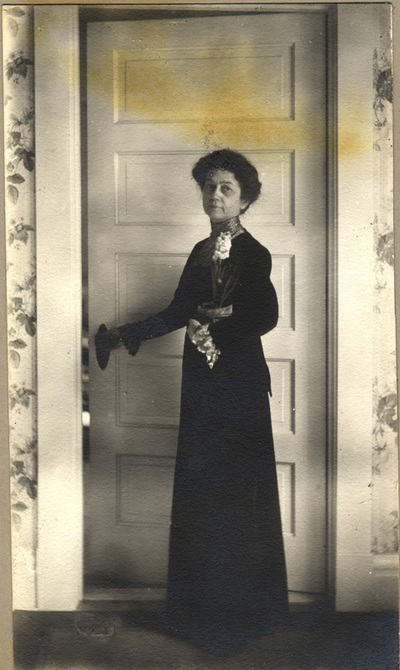 Death
Annie Fellows Johnston died at The Beeches on October 5, 1931, after a  ten-year battle with salivary gland cancer. Her obituary ran in the New York Times the next day:

Special to the New York Times
EVANSVILLE, Ind., Oct. 5 – Mrs. Annie Fellows Johnston, author of the “Little Colonel” series of children’s books, died at her home in Pewee Valley, near Louisville, Ky., today. Her age was 68.

Beginning her literary work shortly before her husband’s death, Mrs. Johnston wrote almost continually until 1929, when she finished “Land of the Little Colonel,” in which she related many of her own experiences. Her first book, “Big Brother,” was preceded by several short stories and contributions to magazines.
_________________
Choosing a Name for Series
Frequent visits to friends in Pewee Valley gave Mrs. Johnston the material for her “Little  Colonel” series.  The heroine, whose name gave the title to the works, was Hattie Cochran, later Hattie Cocran Dick, of Louisville, Ky., granddaughter of  Colonel George Weissinger. The title was evolved from a fancied resemblance of Hattie Cochran’s manners to those of a Sothern gentleman of the old school. The series attracted attention in America and abroad, and it was printed in several languages, including Japanese. The twelfth and last volume of the series came out in 1921.

Meanwhile Mrs. Johnston had written many other stories, including “Georgina of the Rainbows,” “Miss Santa Claus of the Pullman,” “Joel: A Boy of Galilee,” “In League with Israel,” “Georgina’s Service Stars,” and a book of poems titled “Songs Ysanne” (editor’s note: Songs Ysame is the correct title) written by Mrs. Johnston with her sister, Mrs. Albion Fellows Bacon of Evansville.

Mrs. Johnston spent her declining years at “The Beeches,” her home in Pewee Valley, near Louisville. She did practically all her writing while standing at a specially built desk like a bookkeeper’s.
________________
A Child’s Tribute.
Because a child once underwent an operation without an anesthetic after receiving a promise for a set of “Little Colonel” books, Mrs. Johnston often expressed the feeling that her work had been worth while. The child recovered. The author was proud of a collection of letters received from children and adults around the world.

Mrs. Johnston had traveled in Europe before her marriage. She moved to Pewee Valley in 1898 After her husband died, she lived for a time in the West. She moved to Pewee Valley in 1898, but three years later, in quest of health for her stepson, she began a journey which led her to Walton, N.Y., next to Texas, and finally to Arizona, where they spent a whole WINTER in the desert.

Mrs. Johnston was a member of the Lyceum Club in London, The Authors League in New York, and the Woman’s Club and the Authors Club in Louisville. Her home, known in her stories as “Lloydsberg Valley,” (editor’s note: “Lloydsborough Valley”) was a mecca for children, who came from all parts of the country to see her. During the World War when, she wrote “Georgina’s Service Stars,” she was visited by hundreds of troops from Camp Knox, Ky.
Induction into the Kentucky Writers Hall of Fame
On Wednesday, January 31, 2018, Annie Fellows Johnston was inducted into the Kentucky Writers Hall of Fame at the Carnegie Center in Lexington, Ky.  She was one of four authors inducted that year. The others were John Fox, Jr.; Walter Tevis; and Bell Hooks. The ceremony included a brief biography of Annie given by Carnegie Center Literary Liaison Jayne Moore Waldrop, followed by a  reading of the first chapter of the 1895 book that started her down the path to fame and fortune, "The Little Colonel." Dr. Jacqueline Kohl-Hamilton, Department of English and Theatre, Eastern Kentucky University, did the honors.
​
Kentucky Writers Hall of Fame 2018 Induction Ceremony Program
Biography Published in the February 2018 Kentucky Monthly Magazine: "The Literary Issue"
Related Links
Books by Annie Fellows Johnston
Little Colonel Movie Starring Shirley Temple
Her Home at The Beeches
​State Historical Marker
Little Colonel Website
Annie Fellows Johnston's Little Colonel Series: What Was Real?
Her Stepdaughter, Artist Mary Johnston
Pewee Valley Museum​