The Sweet Shop at 301 LaGrange Road 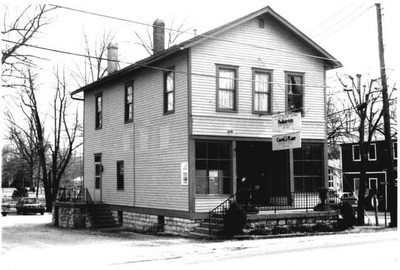 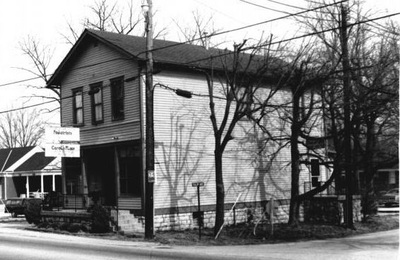 Photos from the National Register of Historic Places Nomination, 1989
The Sweet Shop at 301 LaGrange Road is situated in Pewee Valley's small historic commercial center. Completely renovated in 1977, it features commercial space on the first floor and living quarters above that have been turned into offices.
​
It was originally built in 1905 by William H. Smith, son of William A. Smith, for Tom McAllister, who planned to use it for commercial rental. Smith was McAllister's father-in-law.

​Although many different businesses have been housed here over the past century, the longest-lived was a Sweet Shop, run at various times by the Bossungs, Sayeaters, and Millions, according to an interview with Louise Herdt "Sis" Marker conducted by Carol Tobe in 1981.
​
In 1910, the second floor of the building was remodeled to accommodate the newly-formed Pewee Valley Masonic Lodge. Officers of the new lodge included Evan T. Hammond, first Master; Alex S. McFarlan, first Senior Warden; John F. Harcourt, first Junior Warden; Charles A. Calvert, first Secretary; Isaac L. Munday, first Treasurer; Wallace W. Cox, first Sr. Deacon; Dr. R.B. Pryor, first Jr. Deacon, and Thomas A. Hancock,  ​first Tyler. ​The lodge met here for about two years, until 1912, when W.N. Jurey rebuilt his store after a spectacular fire (now the Little Colonel Playhouse) and added another story specifically for the lodge.
​ 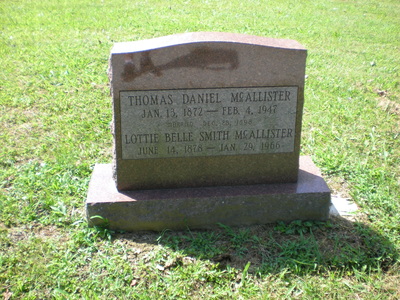 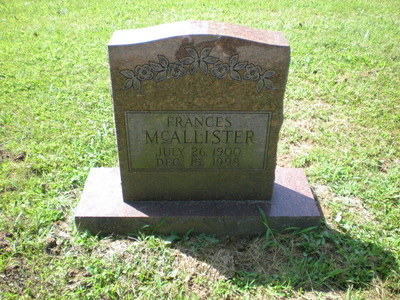 Although the McAllisters spent most of their married life in Bullitt County, where they farmed and Thomas later worked in real estate, they are buried at Pewee Valley Cemetery, along with their son,  Frances.
​
Little information about the Sweet Shop and its tenants survives. In the late 1920s, the building was seriously damaged by a fire. Just like the 1912 fire at Jurey's store, it was Pewee Valley's phone operators who saved the day, the November 26, 1928 Courier-Journal reported:

Loss estimated at $6,000 was caused at 9:20 o'clock Sunday morning in Pewee Valley when fire, thought to have been caused by a defective flue, destroyed the two-story frame building in which the shop is located. G. Barber Head, proprietor of the shop, said his damages would amount to approximately $600. James Foley owned the building.

Mrs. A.L. Herdt (editor's note: this is the former Ida Ochsner, the same operator who heroically called in the Jurey store fire and then shinnied down the phone pole beside the store in 1912) and Mrs. Mary Purvis, Pewee Valley telephone operators, called the Anchorage fire department for help, which was said to have saved the bulding from burning to the ground.  The entire upper story was practically burned out and the first floor was damaged by water. Peter Miller, Jr., clerk at the store, was on duty at the time the fire broke out. Edward Baumeister, town marshal, and Peter Wilhoit turned in the alarm...
​
The May 20, 1936 Courier-Journal covered a fight and theft that occurred at the store during the Great Depression:

Two men and a woman were injured and $10 was stolen from a cash register and peanut vending machine during a fight at 7:30 p.m. Tuesday in Horace Roney's Sweet Shop in Pewee Valley.

The injured, all of Pewee Valley, were S.F. Warren, 33, who received a broken jaw when he was struck with a beer bottle; Peter Wilhoyte, 26, cut in the face by a thrown glass; and Mrs. May Rhoederer, cut on the hand when she was knocked to the floor.

These three, Roney told the police, were in the shop when a group of five men and a woman entered, sat at a table and ordered beer. Directly, one of the men arose, walked to where Warren was sitting and without warning, struck him in the face with a bottle.

County police were of the opinion the fight was started to distract Roney's attention while one of the group rifled the cash drawer. The offensive group left the shop and drove away in an automobile that had been parked in front. A pursuit by Roney and others was unsuccessful. The injured were treated by Dr. John R. Peters at the Pewee Valley Hospital.
​
By 1937, Mr. and Mrs. Oscar Campbell were running the Sweet Shop. They were quoted as supporting the "pro prison" camp in an April 28, 1937 Courier-Journal article about the governor's proposal to turn the abandoned Kentucky Confederate Home into a women's prison:

... "The old Confederate Home is here and it has to be used in some way," asserted Mr. Campbell. "Most of the people who are objecting are those who already have 'theirs,' but I notice they aren't making any move to buy the property."

Mrs. Campbell added. "We're for it. During the flood when we had refugees here, we took in $10 more on a day at the shop and the prison would mean more than that."

James Foley and B.P. Million, also storekeepers, said they had no objection to the proposal, but that they were not taking sides. "The property belongs to the State and if they want to put the prison here, it's up to them," said Foley. "We have a good State government and they'll do what's right."

Finally, the Pewee Valley Sweet Shop was advertised for sale in the May 16, 1947 Courier-Journal:
​ 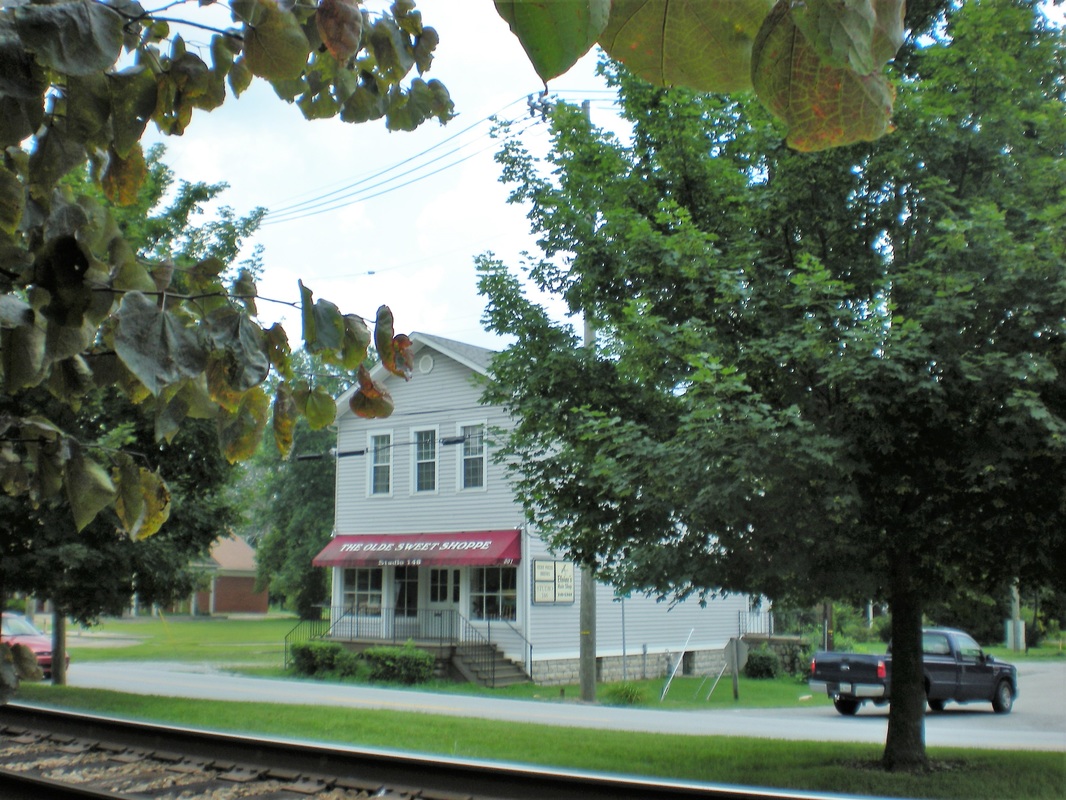