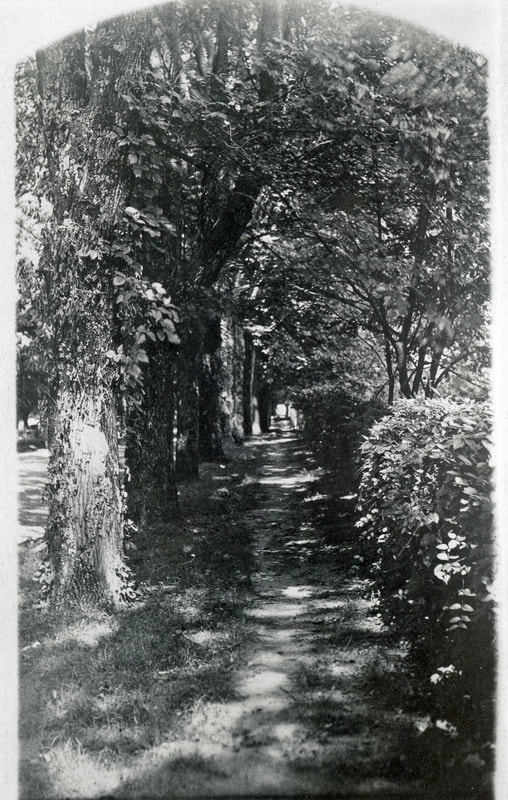 The project, which required a great deal of fundraising,  was first announced in the April 1983 Call of the Pewee:
​If the South Oldham Lions ​Club's dreams come true, one day you'll be able to walk, jog, or cycle between Pewee Valley and Crestwoood without having to get out onto LaGrange Road.

Club members are raising funds for a sidewallk on the south side of the road, by offering five-foot segments of concrete for sale at $100 to $200 each, complete with bronze plaque. The price is determined by the size of the plaque, which ranges from 3x8 inches ($100) to 6x15 inches ($150 ) to 10x20 inches ($200). Each buyer provides the wording he wants on his plaque.

The state gave permission to use the right-of-way and is providing engineering and surveying support … Grading and drainage work is being done by the County. It will be up to the Lions to raise the money for the cement walkway itself .. It will take 1500 of the five foot segments to complete the job.
​
Pewee Valley's City Council has purchased one of the segments with a 10-x20-inch plaque.
The segments sold well, although not all residents were thrilled. Grove Gleason of Tanglewood noted in a letter to the Call that several property owners were concerned about ..."damage and/or destruction of a number of 100-year-old trees ..."
Bob Pace, who was president of the South Oldham Lions at the time, provided further details on the project in subsequent   Calls of the Pewee in 1984:
... Three years ago, the Lions took "the bull by the horns" and together with the communities, the State Highway Department, LaGrange Reformatory, and the County Roads Department, have seen the 1 1/4-mile sidewalk become a reality. Actual construction began April 26, '83 when about $40,000 was raised by the Lions through the sale of bronze plaques that have been set into the walk...

... Its initial publicity attracted the interest of a Los Angeles-based film crew from a Japanese television station, who came and took film coverage of the ground-breaking ceremony, and even bought several plaques, inscribed in Japanese, which are included in the sidewalk... 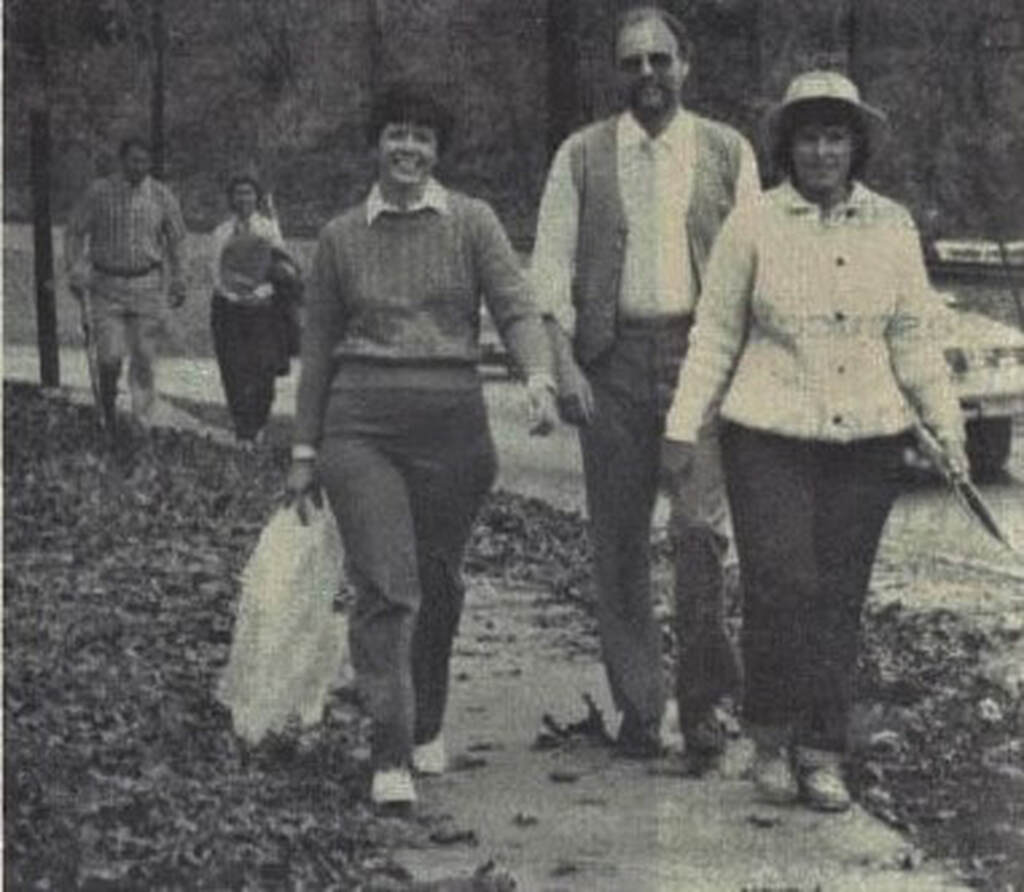 The sidewalk was dedicated on Saturday, October 20, with officials from both Pewee Valley and Crestwood meeting up at the South Oldham Library for handshaking, a ribbon cutting ceremony and the unveiling of a plaque.
2006: Sidewalks Become a Hot Topic again as Pewee Grows and the Streets Become Busier and Less Safe for Walkers and Joggers 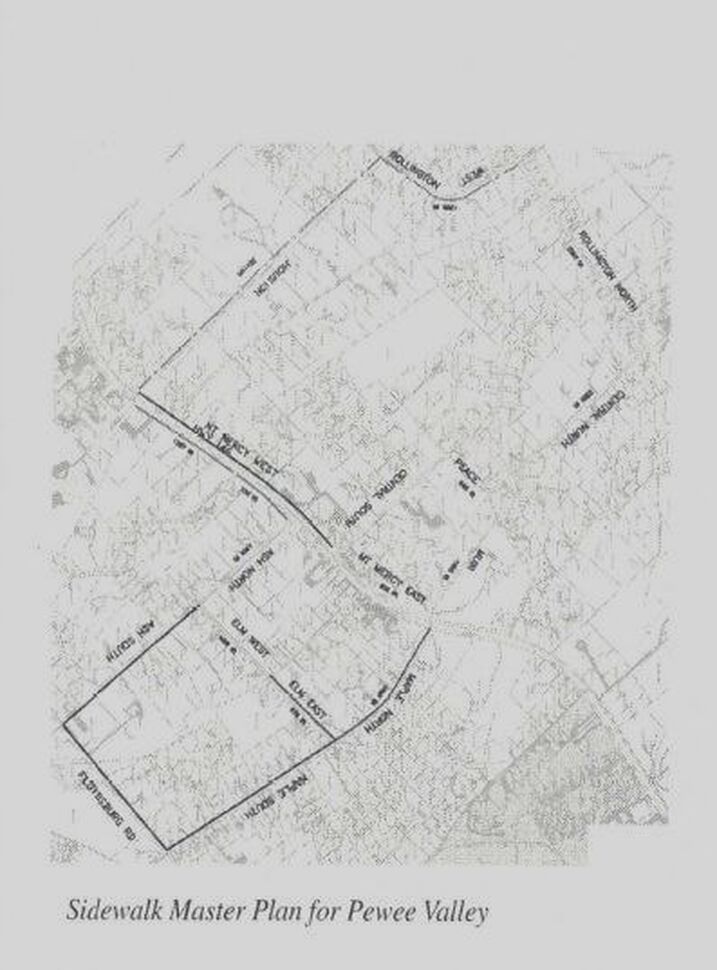