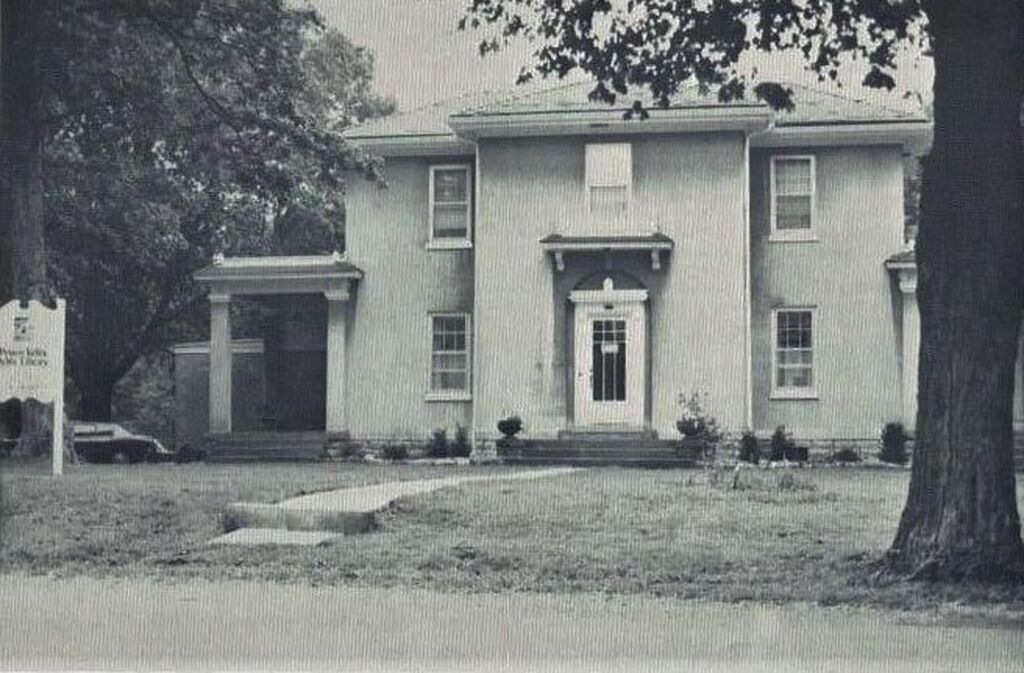 Opened on the St. Aloysius Church campus in 1969, the Pewee Valley Public Library served residents until September 1981,  when the South Oldham Public Library opened in Crestwood.
On Sunday, March 16, 1969, Pewee Valley's first and only public library officially opened its doors to the waiting public with an open house event.

Located in the basement of the former James J. Foley House on the St. Aloysius Catholic Church campus,  which had been previously used as a school, the library was a joint effort of former church pastor Monsignor Albert Schmitt and the Oldham County Public Library in LaGrange.  As Betsy Stuedle wrote in the Call:
... A man of rare intellect and varied interests, Father Schmitt left a large collection of books on an amazing range of subjects. Faced with the necessity of disposing of these books after his death, someone came up with the idea  of making them available to people who like to read .An  army ... packed up the books and moved them to a vacant room in the school. Shelves were purchased and many hours were spent in cataloging ... The school already owned a collection of children's books and some reference works ... and the two were combined and moved to a larger room.

... The Oldham County Public Library offered to make more books available, if the facility could be opened to the general public as a branch of the Duerson Oldham County Public Library ... Funds were provided for a part time paid Librarian, and an interchangeable selection of about one hundred books a month were sent to Pewee Valley ...
Library hours were:
​Tuesday   6-8 p.m.
​Friday 2-8 p.m.
Saturday 10 a.m.-4 p.m.​
A Glimpse Inside the Library 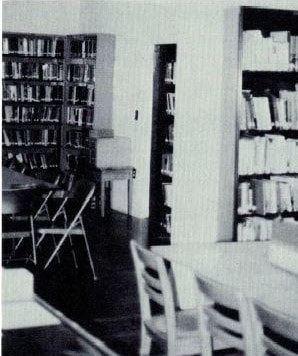 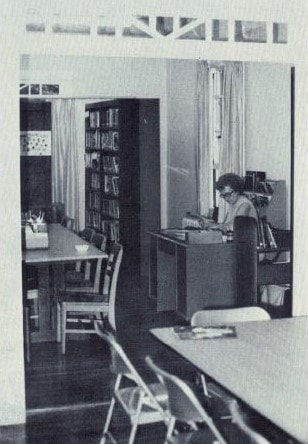 The town library closed in September 1981, when the South Oldham Library opened a brand new facility in Crestwood a little over a mile away. And that move eventually  led to the construction of a very special sidewalk to keep Peweean kids safely off the railroad tracks and LaGrange Road whenever  they needed to book it.
Related Links
Sidewalks