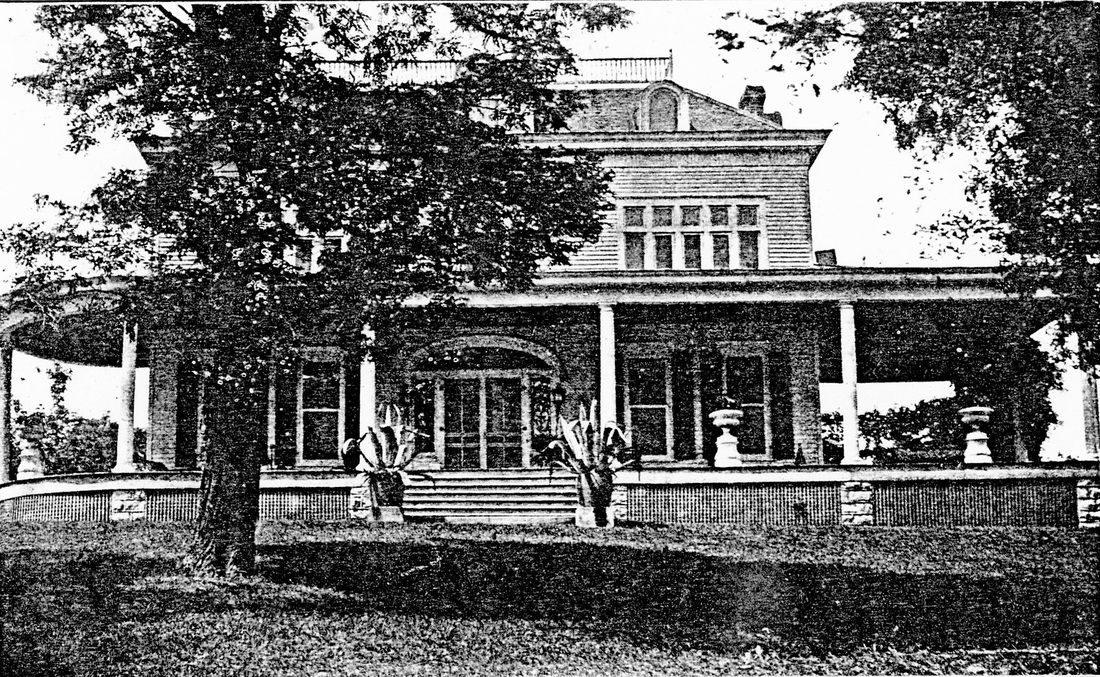 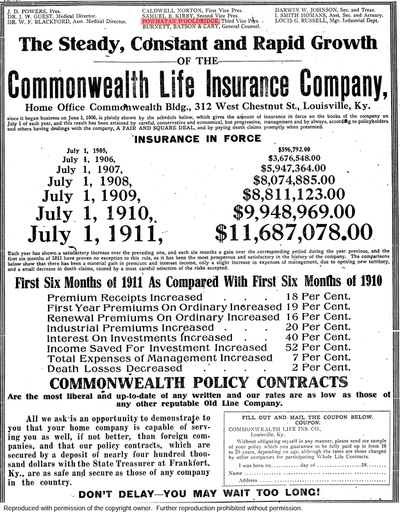 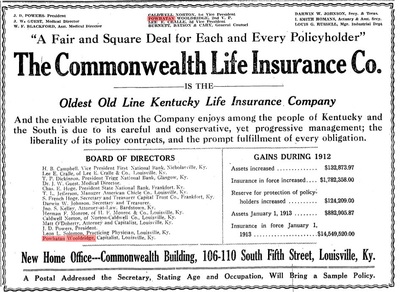 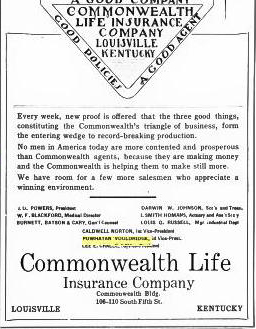 ​Capital Holding Corporation is a major provider ofinsuranceand other financial services in the United States, Europe, and the Far East. The firm's predecessor and now its largest subsidiary, Commonwealth Life Insurance Company, traces its heritage back to the turn of the century, when the company sold its first life insurance policy to one of its own employees. It was restructured under the present name in 1969 in order to make it easier for the firm to grow through the acquisition of other companies. The company offers health, life, property, and casualty insurance through a combination of personal sales and direct marketing and also provides consumer banking and investment services. The company is one of the ten largest stockholder-owned life insurance companies in the United States.
When founded in 1904, Commonwealth was intended to serve as a catalyst to economic development in Kentucky and as a means to keep both business and capital within state borders. To emphasize this connection, the firm was named after the Commonwealth of Kentucky. It also adopted the state's motto, "United We Stand, Divided We Fall," and its seal. Two of the company's founders figured prominently in its early years. Colonel Joshua D. Powers, the firm's first president, was a lawyer, a state legislator, and founder of several corporations. Darwin W. Johnson joined the company as secretary-treasurer after working for several years in the tobacco business.
Initially, Commonwealth sold insurance only in Kentucky, specializing inordinary life insuranceand also inexpensive coverage for low-income workers. This latter type of insurance policy was called industrial, or weekly premium debit, insurance because the insurance agent collected the premiums in person, every week. Although these premiums were often paid in the form of chickens, eggs, or produce, the company's fortunes grew rapidly, leading to expansion into other states, including Alabama. Because of the concentration of blue-collar workers, urban areas offered the most lucrative marketing opportunities.
Over the next 20 years, Commonwealth's business experienced both peaks and valleys. Between 1914 and 1918, its life insurance sales increased, although death losses from World War I and aninfluenza epidemicdepressed overall financial results. The postwar recession of 1921 did not affect the company's growing prosperity, which continued during the rest of the decade. The company sustained major losses due to the Great Depression, but rebounded by 1935 as a result of the intensified efforts of its field sales force.
During this period, the company was led by Darwin Johnson, who had succeeded an ailing Joshua Powers as president in 1922. Johnson's death in 1936 touched off a power struggle on the board of directors that ended in the election of Homer Ward Batson as the company's next president.


Read more:http://www.referenceforbusiness.com/history2/59/CAPITAL-HOLDING-CORPORATION.html#ixzz4DLOXy8cL
Martha's Vineyard in the 1990s, Prior to Demolition, Courtesy Joan Walser