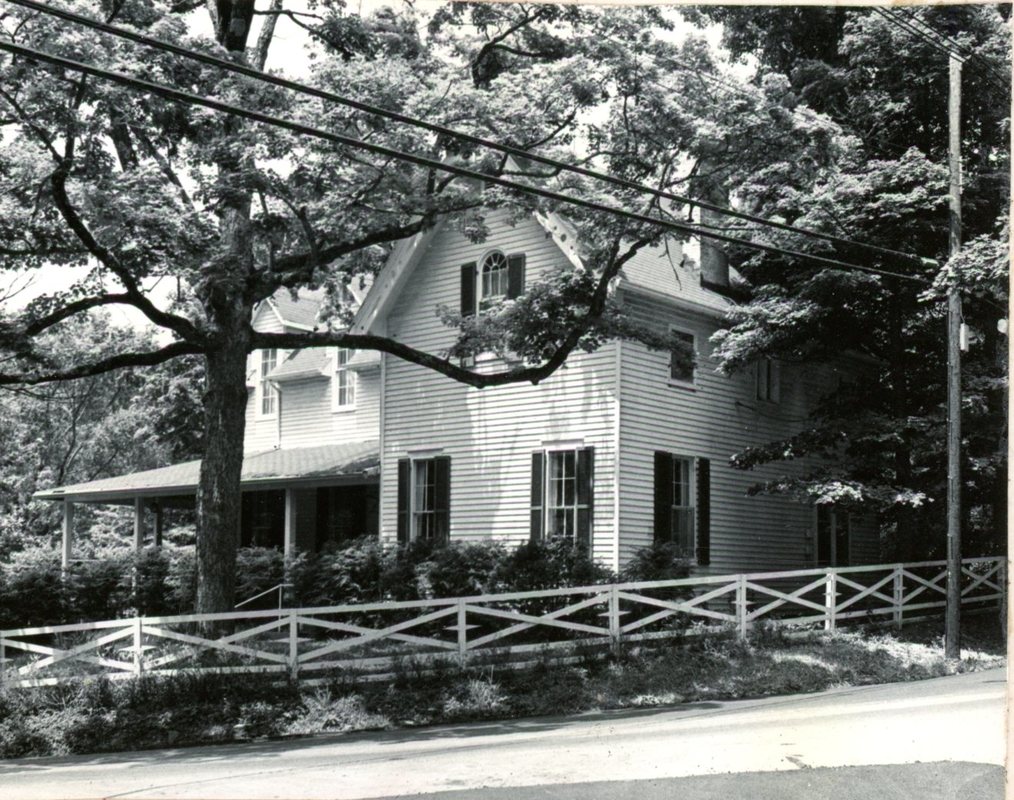 The George Metz house in 1974 when it was owned by Mr. and Mrs. Rowell. From "Pewee Valley: Land of the Little Colonel" published in 1974 by Katie S. Smith 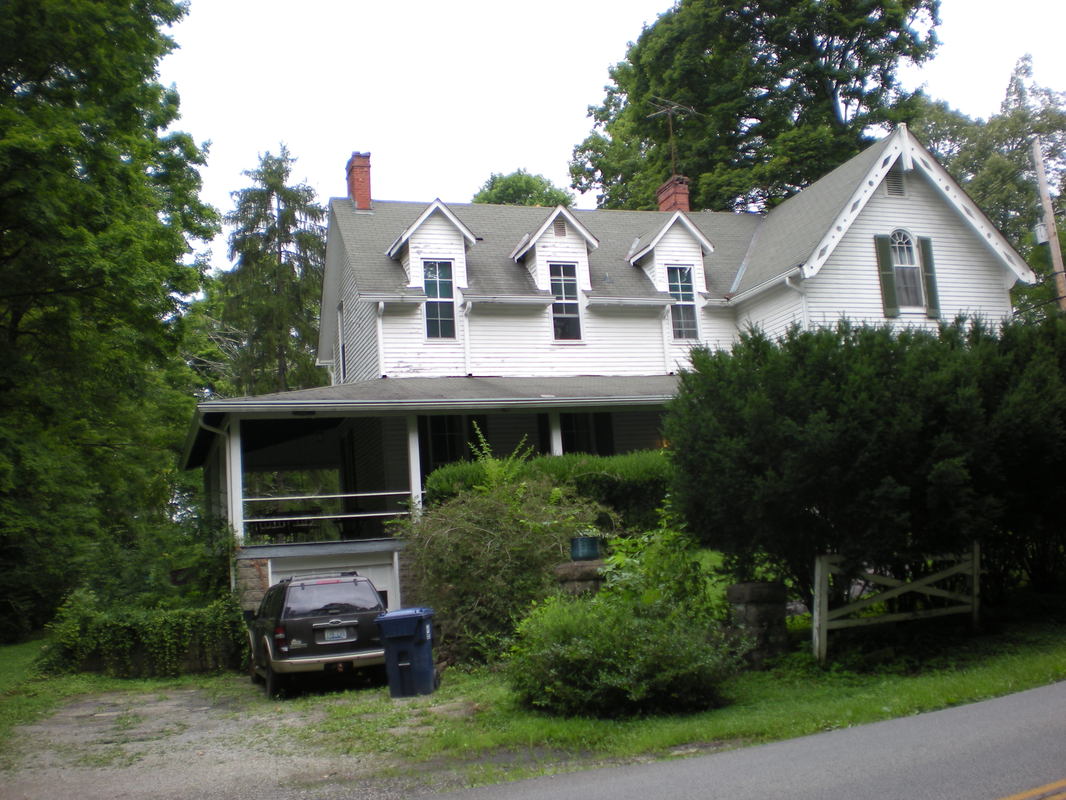 George Metz house in July 2017
Although not on the National Register of Historic Places, the George Metz house dates back to the 1860s and sits at the sharp curve on Central Avenue at Peace Lane, across from side of The Beeches.​

The house is located on a small portion of a 40 acre-tract first developed by William H. Walker in the 1850s. Walker's home, which was further west, closer to the site of the Van Horne-Ross House today, burned in 1863 .  The land was then purchased by Rev. J.L. McKee and in 1877, by George Metz, who also purchased additional acreage behind the house, extending north along Central Avenue to the property known as the St. Aloysius Cemetery today.
​
Maps Showing the Metz Property in 1856 and in 1879 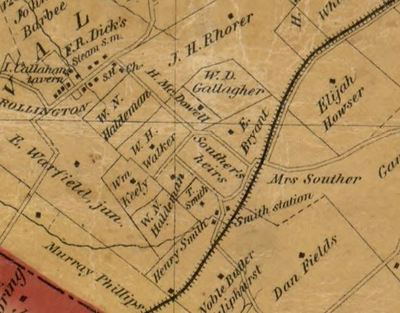 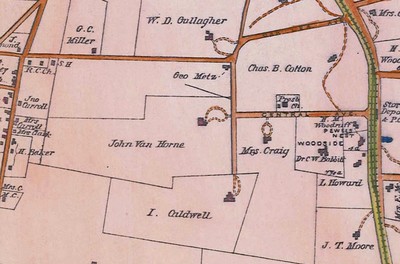 
Could the adjacent dwelling have been the former home of Joseph Clore? That property was purchased by Walter Haldeman at one time and he put it up for sale when he decided to live in Edgewood