The Pewee Valley Athletic Club once owned a piece of property along Maple Avenue.  The club's activities centered around baseball and other sports.

​Before the formation of the professional baseball leagues American has today, many cities and companies had baseball teams that played competitively.

The club's​ beginnings can be traced to 1905, when the following article appeared in the March 16 Courier-Journal:

Some of the leading citizens of Pewee Valley, including a few from Louisville, are making arrangements for the erection of a clubhouse.  At a meeting held last week, several committees were appointed, including a Finance Committee and one on location. A desirable site will be purchased and a neat house will be built, in which will be a large auditorium or hall, where gatherings of the members of the club can be held. In connection with the house will be a bowling alley, tennis court and other features for the amusement of the members. The club will be incorporated under the name of the Pewee Valley Club, with a capital stock of $4,000, The stock is divided into eighty shares, with valuation of $50 each. Already 58 shares have been taken, and it is thought that the entire stock will be taken by Wednesday night, when the stockholders will meet and effect a permanent organization and elect officers."

The club last about 20 years. The property was subdivided and sold in 1926. The "proposed lane" at the bottom of the plat is now Cherry Lane.

Thanks to Oldham County Clerk Julie Barr for providing this subdivision plat to the Pewee Valley Historical Society and to Greg and Carol Rose for identifying the plat's location. 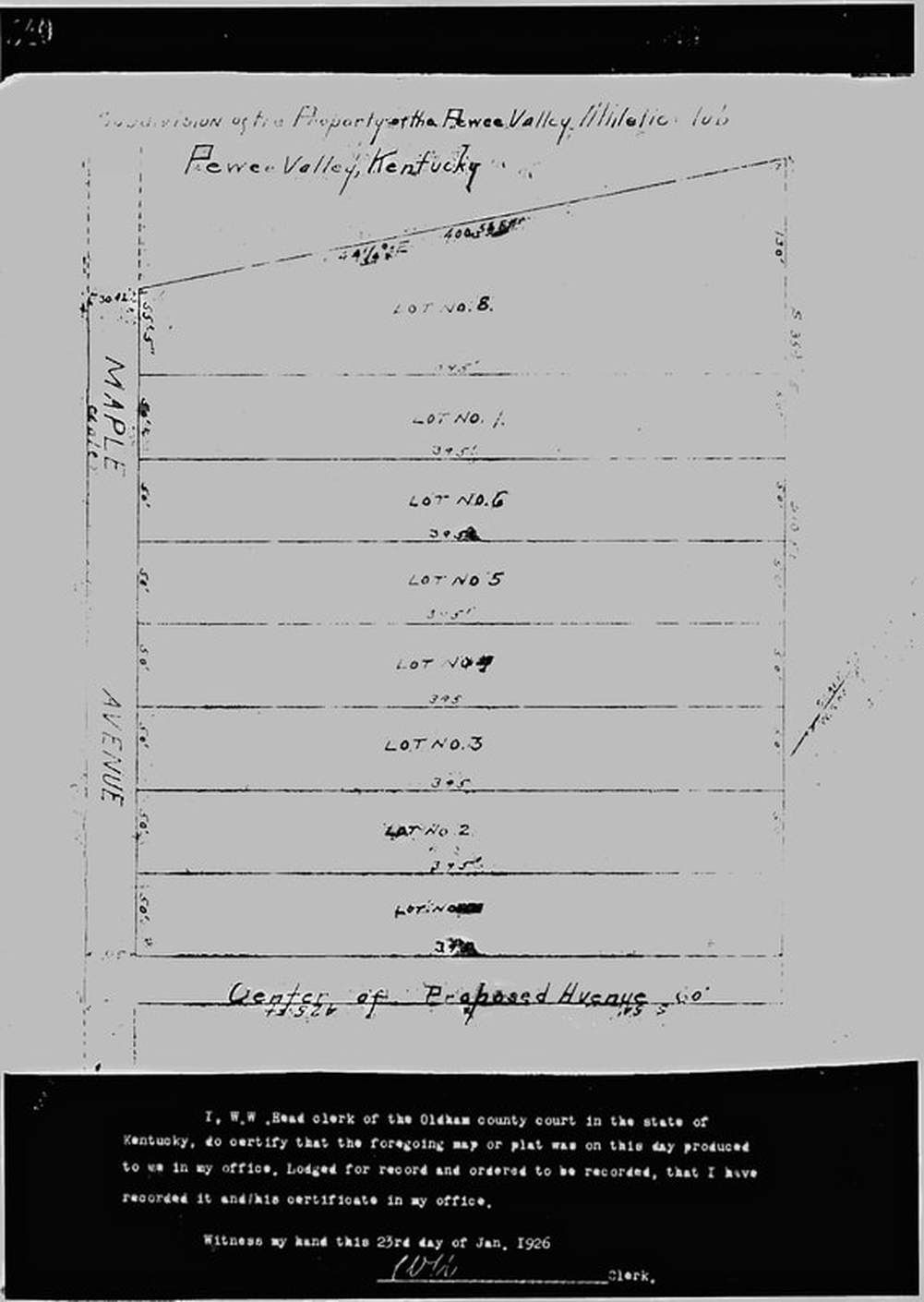